Sturtevant Falls: a beautiful hike in the San Gabriels

The San Gabriel Mountains feel old-fashioned. They include the hill towns of Pasadena, Altadena, Arcadia and Sierra Madre, which always makes me think of treasure.  Visible from Mulholland, I often stare out at them and think about climbing up to Mount Wilson one day.  After reading about a particularly beautiful trail, I bundled the dogs into the car and set off today on the 134 to the 210 to Santa Anita Canyon. Stopping on the way for my wilderness pass, I drove about 5 miles up into the National Forests to campground named Chantry Flats, to walk the Sturtevant Falls trail (part of the Gabrieleno Trail).

It's an historical place, filled with old, tiny camping cottages tucked up against the creek, and funny old signs that say things like this 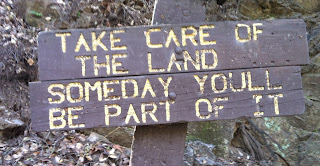 The cottages are very sweet, some clapboard-sided, some old river stone. This one belonged to an Irishman (he had a sign in the window). Others are used for bible retreats.


It would be hard to believe this jungle-like environment is so close to a huge population center if it weren't for the dozens of rustic cabins that line the route. The cabins were built in the early 1900s before the area was designated a National Forest. These quaint dwellings primarily see only recreational use since the Forest Service prohibits continuous occupancy of structures on leased land. 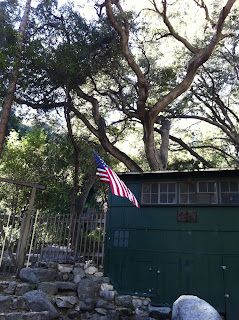 The waterfall cascades from 50 feet and splashes into a pool below.  When I was there, a young family with two extremely game chihuahuas were having a picnic while their boys clambered on the rocks. It's hard not to catch your breath when looking at a waterfall in the sunlight. 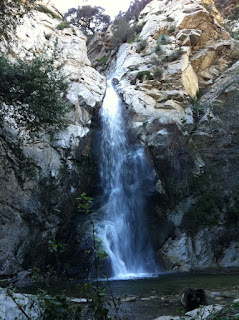 The walk is lined with trees; ash, bay, willow and ancient oaks, as well as cucumber vine, sorrel, a lush coating of green grass thanks to the recent rains. 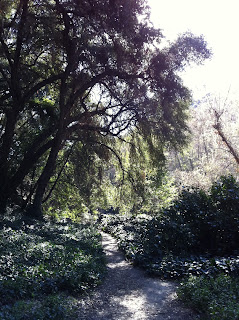 These photos were taken on the iPhone. 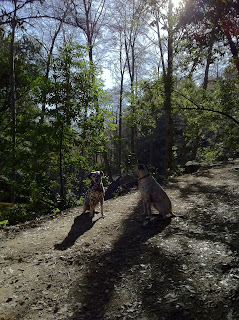 The lesser and greater spotted were very well behaved although Bean did fall off a large rock into the cold water in a particularly ambitious leap across a pool near the waterfall. 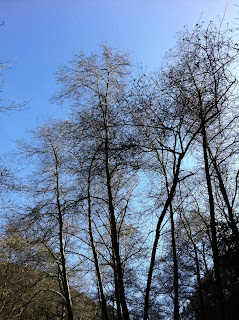 These trees reminded me of England in the winter. 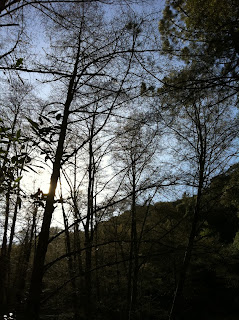 And there was enough sorrel for an enormous saucepan of soup. 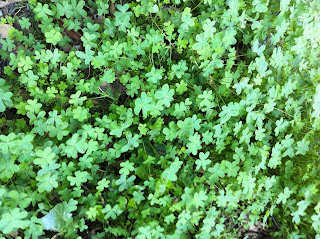 More details on getting to the trailhead here. I went on a Monday at lunctime and saw quite a few people so if you're going to walk the trail at the weekend, start very early.  The gates to the National Forest open at 6.30am but you will need a wilderness pass.
Posted by Miss Whistle at 11:07 PM