One of the joys of having both my kids home is that we can cook together. Somehow, brilliantly, one has become a pastry chef and one is more interested in savory fare and thus, on the first day of June, we had a lovely summer feast, with their friends, in the garden. All of this is easy, make-ahead stuff. Fresh, delicious. I always find that Sunday mornings spent at the farmers market inspires what we're going to eat that night, depending on what looks good.

Particular thanks to the very kind Irish woman who looked after Thistle so that Honor & I could shop.

(The next thing I'm going to do is learn to make homemade tortillas, because, honestly the shop-bought ones are particularly crap, especially, it seems, the organic ones from Whole Foods.) 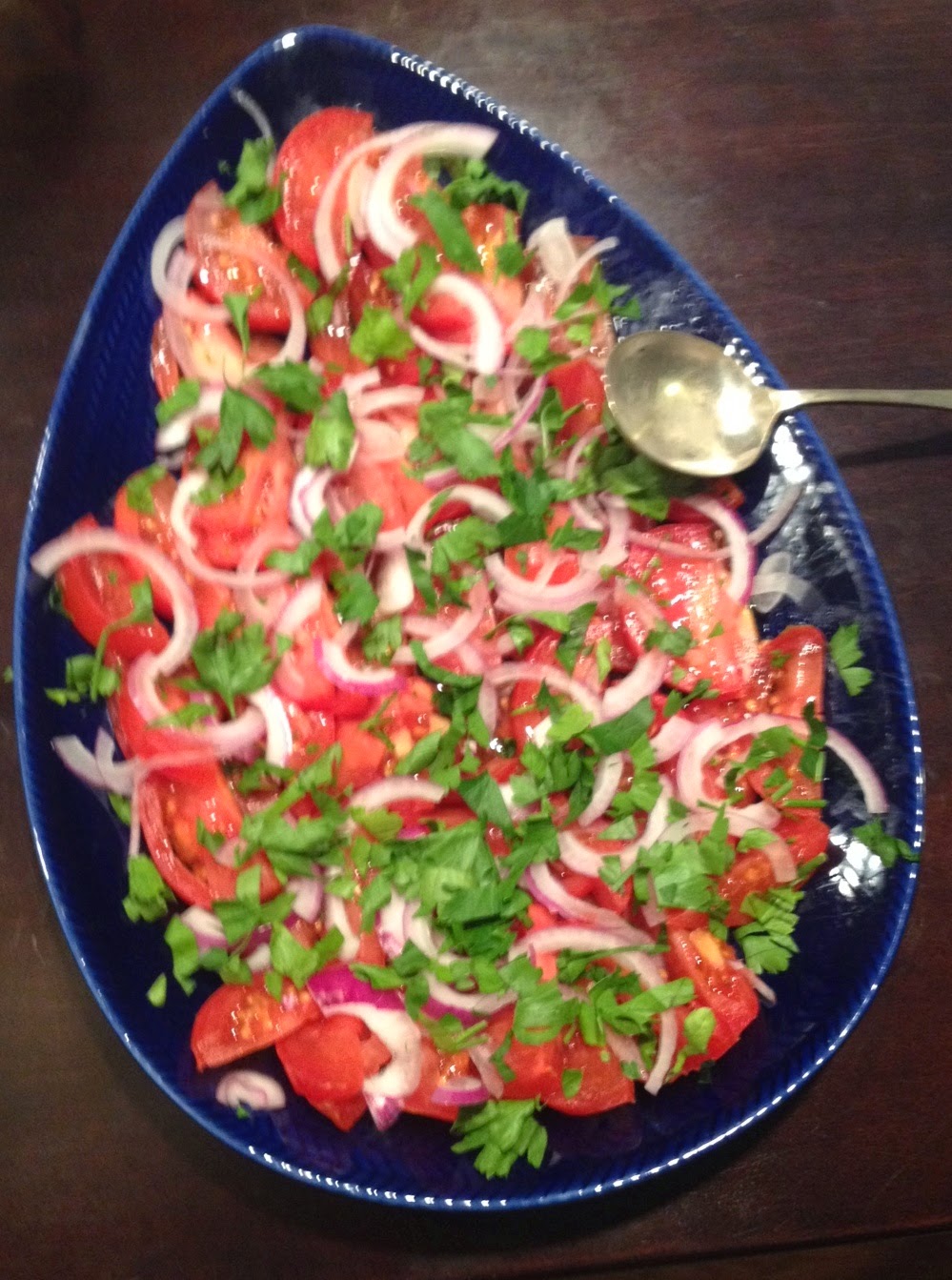 Corn, Radish & Avocado Salad a la Cary
(This is a recipe that was orginally introduce to us by Cary, the children's second mother, who is originally from Guatemala. Her recipe includes some queso fresco, which you can add if you like.)

Spray oil on the corn and put directly on the grill to brown them a little.
When they are golden brown, pull them off, cool them a little and slice the corn from the cob.
Combine with the other ingredients & serve.

Pre-heat oven to 400F.
Wrap beets in foil and roast till tender (40-50 minutes)
Let cool slightly and rub off skin.
Crush beets with bottom of a bowl (it's ok if they fall apart).
Whisk lemon juice, zest, 2 Tbsp. oil.
Heat 3 Tbsp. of oil in a pan over medium-high heat. Add beets, season with salt and pepper and cook till browned (ish).
Toss with vinaigrette (in a bowl) mint, dill and transfer to serving plate, dolloping with yoghurt/labneh, fresh herbs, salt & pepper.

Also, how great has Bon Appetit become? This June issue is compulsive reading.

My housekeeper Maria taught me and the kids to make tortillas a few years ago - super easy and super delicious - no more shop bought organic or not! Recipe/how to on LadlesandJellyspoons. X

You are obsessed with cooking and food. How is it that you manage to maintain such a great figure and legs with all of this. Willpower, all in moderation, is it in the genes, dog walking, r u able to cook and not eat or r u simply able to b so marvelously perfect. I am sure your x has many regrets. Also so elegantly displayed.