I can't write, I said. I don't know what to say. Why don't you, quite simply, talk about what happened in Tewkesbury Abbey? he said. I could, I thought. I could try. I could try to explain what it feels like to be standing next to the man you love, tall and elegant and in a black coat, like a character from a Powell Pressburger movie, in one of the most beautiful churches in England, while evensong is being sung, amidst bells and incense, and choirboys, amidst pomp and circumstance, and the Lord's Prayer, and a collect I vaguely remember from my childhood. I could talk about wanting to hold his hand but feeling the eyes of the congregation on us because we were the interlopers, the outsiders. But I didn't care. It was evensong, and Anglican, and I was there to be anointed, amongst the chalk and the clay and the stiffness of the English people, and the weird, starling-like voice of the vicar leading the prayers. And we sang Advent hymns and his voice was that voice men do when they're in church and they know they can't quite hit the notes, definitely basso profundo, deep and serious, and it made me want to hold his hand even more. I didn't dare look at him, but stared intently at the beautiful blue and red ceilings and tried to remember the nicene creed without looking at my prayer book and giving myself away. I fiddle in my bag for a fiver to put in the collection and wondered whether inflation had dictated that a fiver was being cheap. 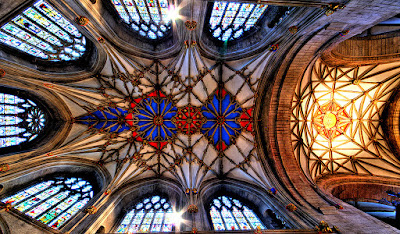 And we managed to do all the right things, faced the right way, ducked our heads in prayer, nodded respectfully to the cross, pretend to be dutiful Anglicans, and left without mishap, into the freezing Gloucestershire night, and finally I slipped my gloved hand into his and wondered whether kissing someone among the gravestones was disrespectful. A fine example of a Norman facade, he said. We laughed. He kissed me. We need an onion, I said, for the bubble and squeak.
Posted by Miss Whistle at 7:46 PM

Ah. So lovely. You wrote, and you wrote beautifully.