Free for the Strangest Adventures

Two horses ridden! Three dogs walked! Two peaches eaten for breakfast! (I dared, I did!) And lots of lovely mantras listened to while I work at my desk. Here begins, on July 1, the new way, the new, fresh, I'm-not-giving-any-energy-to-things-that-aren't-deserving path of enlightenment.

It's a strange time. There are fever dreams and restless nights and strange birds that squawk like pterodactyls at 4am. I said to my mother this morning, quite sensibly, I thought, that I'm trying to fill it with lots of physical stuff -- running and walking and riding and yoga -- and also music. It's not like the end of a marriage. Nothing like that. But the sadness is something different. It's the disappointment; the losing of the rather happy, naive idea that everything was okay and that one could relax and stop looking, that somehow you'd found the one, you know? It's silly, I know. There is no "the one," there are many "the ones." But this had a steady ease to it. A sweetness I cannot remember experiencing. We'd shared similar life experiences, similar parents, and oddly, some of the same friends, and apart from my excessive love of flowers (I think he found it a little bourgeois the way I like to stuff my house with flowers like a funeral home. I didn't care.), we thought the same way, had the same childhood heroes, the same obsessive love of dogs which extended to imagining exactly what the dogs were thinking, creating dialog even. That kind of mad stuff that you can't write on a dating profile. A love of hot cross buns surpassed by no-one I've ever met. Walking together and not really having to say anything. Being able to speak American and English fluently. Understanding psychobabble and not despising it. Giggling at ridiculousness, like children. Liking the Wombles. It was easy when we were together. That's all I can say. Comfortable, like we were two old people, in the nicest possible way. I did, too. I thought, this could work. I could be kind to this man for a long time. It would be a pleasure.

And yet. And yet. You can't persuade someone to love you more than they do.

It's like someone cancelled Christmas, once all the presents were bought.

I've cheered myself by buying a bright pink leather pouf. An eccentric choice, to be sure. But the color was jolly.

Fake it till you make it, they say. 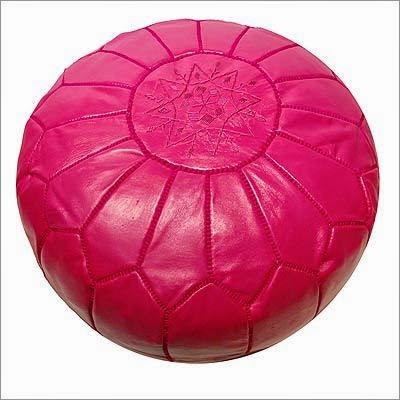 I miss hearing that voice that sounded so happy to hear from me. I really miss that. It's a kind voice, a good voice.

There is a constant longing, which comes, I suppose, with never really having spent enough time together. This was cut off at its knees before there was a chance to get bored of each other and do banal things that most people take for granted. It will be always shadowed by a 'what if.'

"To the Lighthouse" was a seminal novel for me and I think I am influenced by the way Mrs Ramsay feels about her husband, that she is there to soothe his insecurities, to prop him up when he needs it, and (although I can't find the exact quote) she is a fountain from which he can drink when he needs replenishing, exhausting her. (Sometimes I wonder about turning the whole thing round, and finding a man who can do that for me, and not vice versa.)

"From her hand, ice cold, held deep in the sea, there spurted up a fountain of joy at the change, at the escape, at the adventure (that she should be alive, that she should be there). And the drops falling from this sudden and unthinking fountain of joy fell here and there on the dark, the slumbrous shapes in her mind; shapes of a world not realised but turning in their darkness, catching here and there, a spark of light; Greece, Rome, Constantinople."
-- Virginia Woolf, To the Lighthouse


What is a relationship if it isn't a way to enhance one's life in some small, reciprocal way? But it has to meet in the middle, like a bridge being built on both sides of a furious river.


“For now she need not think of anybody. She could be herself, by herself. And that was what now she often felt the need of - to think; well not even to think. To be silent; to be alone. All the being and the doing, expansive, glittering, vocal, evaporated; and one shrunk, with a sense of solemnity, to being oneself, a wedge-shaped core of darkness, something invisible to others... and this self having shed its attachments was free for the strangest adventures.”
-- Virginia Woolf, To The Lighthouse

And yet, when you're attracted to complicated, difficult, brilliant men, is this even possible?

So many things shape us, and we find another shape that fits our perfectly. Changing shapes is incredibly hard, if not impossible. We can create little bumps on the left or the right, little growths of goodness, but can we sustain them? Can we really change? Can we really shed the mantle of our childhood influences? Enough?

And every time the phone rings my heart starts beating faster. I wish this would go away, really I do.

But here's something cheery: my friend Maddy and her dog Lola who is going to have five babies in about a week's time!

Can I ask a sheer data question? Is this the same guy as before or a different one? I am missing info. Also, <3.

hang in there...you're doing all the 'right'things....and LOVE the pink pouf! anything bright will do! KNOW the feelin' x

Balance your spiritual energy and get in harmony with your soul by practicing these Radha-Krishna meditations.


Sri Gita Govinda
-A book written in the 12th century, this is a description of the intimate loving affairs of Radha and Krishna
http://www.mediafire.com/view/keqr4lqp7wr1rru/Sri_Gita_Govinda.pdf

Ananda Vrindavan Campu
-This is probably the most poetic and intimate portrayal of Sri Krsna’s life in Vrndavana that has ever been written.
http://www.mediafire.com/view/k9j3ldwbt17be3b/Ananda_Vmdavana_Campu.pdf

Prayers of Service to Radha and Krishna (Sankalpa Kalpadruma)
http://www.mediafire.com/view/lvkqsro3sbzm249/Visvanath_Cakravarti_Thakur_Sankalpa_Kalpadruma.pdf


And the following four are taken from Visvanath Cakravarti's Camatkara Candrika, a 300 year old scripture that talks about the love meeting of Radha and Krishna:

The Meeting in the Box
http://www.mediafire.com/view/c81a7cp43n5v6aj/The_Meeting_in_the_Box.pdf

The Meeting of Sri Krishna Disguised as a Female Doctor
http://www.mediafire.com/view/hgomrnem7829pda/The_Meeting_of_Sri_Krsna_Disguised_as_a_Female_Doctor.pdf

The Meeting of Sri Krishna Disguised as a Female Singer
http://www.mediafire.com/view/gyuboduhn8dvdml/The_Meeting_of_Sri_Krsna_Disguised_as_a_Female_Singer.pdf

The Meeting of Sri Krishna Disguised as Abhimanyu
http://www.mediafire.com/view/911h9qoxn4ca027/The_Meeting_of_Sri_Krsna_Disguised_As_Abhimanyu.pdf


And lastly, we have a very amazing scripture which describes the 24 hour daily loving affairs of Radha and Krishna in Vrindavan, called Bhavanasara Sangraha. This book is now available on Amazon for Kindle, for only $3.49

The above book can also be read on your PC using Amazon Kindle for PC, download here for free:
http://www.amazon.com/gp/feature.html/ref=kcp_pc_mkt_lnd?docId=1000426311

Disclaimer: We are not affiliated with ISKCON in any way whatsoever. ISKCON, or "The Hare Krishna Movement" as it's popularily known, is a radical and extremist distortion of the original Radha and Krishna dharma from ancient India. The author of the above book Bhavanasara Sangraha is no longer affiliated with ISKCON either, having cut all ties to ISKCON a few years ago.

What a lovely bit of heart writing, thanks. I can relate and like you I just keeping moving forward. And yes, you need someone to do all those restorative, kind things for you next time!!!