“Marriage is not a simple love affair, it’s an ordeal, and the ordeal is the sacrifice of ego to a relationship in which two have become one."  -- Joseph Campbell 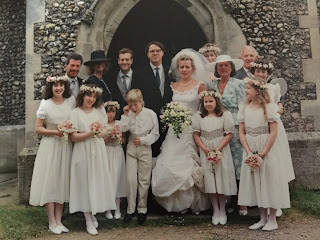 Marriage is like a garden. How many people have noted this?

Yesterday, plainly, as I was showing the new gardener around our dry patch of dirt in Laurel Canyon, noticing the tree stumps still in the ground, the old branches lying around, the dead succulents where the sprinklers don't work, the hillside that trickle streams of dry dirt every day, the little strawberries I spent so much time caring for, and used to eat by the handful on the way out, now dessicated, I realized that both my marriage and my garden suffered the same fate. Benevolent neglect. My old gardener is a very nice man with a lovely family, three boys, one of who is at Berkeley, one at UC Davis. The boys play instruments and speak languages and are scholars, while there father is an immigrant from Belize who has a nice smile but doesn't speak a word of English.  I was so fond of him and his children that I never said anything about the fact that the sprinklers weren't going on, or that the garden looked scruffy, or that the plants weren't being cared for. I suppose in the beginning I said something, worked myself up, blamed myself for the state of the garden, but nothing changed, for years and years and years. I felt guilty saying a word about anything, stupidly. The citrus trees didn't grow because there wasn't enough light. The roses never bloomed because they weren't being fed. The dirt was hard and untilled. And I ignored it all. Only, through someone else's eyes did the whole thing become apparent. The new guy said to me, very kindly "It doesn't matter if he is a nice man if he isn't doing his job."

Similarly today, as we note our twentieth seventh wedding anniversary -- we are not yet divorced and I'm not really sure why; it's been four years since we lived together -- I realize how much I ignored the things I didn't want to see. I didn't clear out the old, dead wood. There is a theory that if you believe something to be good it will become good. And so, year after year, the hard, calcified layers of rot set in, never commented on, never chipped away at, layer upon layer of sediment, white, chalky, hard, flinty sediment began to weigh us down, and in the end, it sunk us. And down we went, chained to the great weight we'd be carrying around on our backs.

Only now, four years later, with introspection and help and meditation and walking, and being free from it, I can see what it was and how it was no-one's fault. I look at the pictures from today twenty seven years ago and I see two children staring out at me. We were barely twenty four years old.

Here's the plan for the garden:
1) Strip out all the dead wood, leaves, tree stumps, pull weeds.
2) Set up an irrigation system that works, twice a week at night, that keep the ground damp and happy.
3) Plant new cover on the hillsides with deep roots, to keep the soil in place and prevent erosion.
4) Add some olive trees and citrus trees for good measure.  Perhaps some tomatoes too. Always nice to grow things that taste good.

I am no longer married. Only in name. There are no ties that bind any longer. He is he and I am me and we live separate lives, happily.

I have a brilliant acupuncturist, Dr David Kearney in Santa Monica, whose mantra was "let it go," not in the "Frozen" sense of it, but his was the idea that you just breathe stuff out and just relax. "Just chaaa" he called it. He said, your body is made up of 90% water and when water is flowing it's healthy and energetic and life-giving. When water is still it becomes green and stagnant. So, for him, the flow, the chi, was imperative.

In the words of Elizabeth Alexander "Each of us made it possible for the other. We got something done. Each believed in the other unsurpassingly." And that's somethin'... x j

beautifully put... and yes I think the plan for the garden also applies to a relationship..
keep on dancing :))

Your garden has given you wisdom.

Good morning from sunny, summery, (at last) Ottawa. Thanks for the great essay. You make such a profound link between 2 seemingly unconnected facets of life - garden and marriage. I like your theory and believe its truth. You may notice as I did, that once the dead rot in my primary relationship was unearthed and acknowledged and gotten rid of a lot of other relationships, business and personal, started to look, well, rotten too. Whoa, what a shock that I had surrounded myself with some folks who really didn't give a shit about me. Once that first big one fell I could see all my other denial so clearly. No more hiding out. I'm done. Good luck. Here is a link to a wonderful song by an amazing young Canadian artist Frazey Ford, hope you like it. https://www.youtube.com/watch?v=PXRrySTujn8