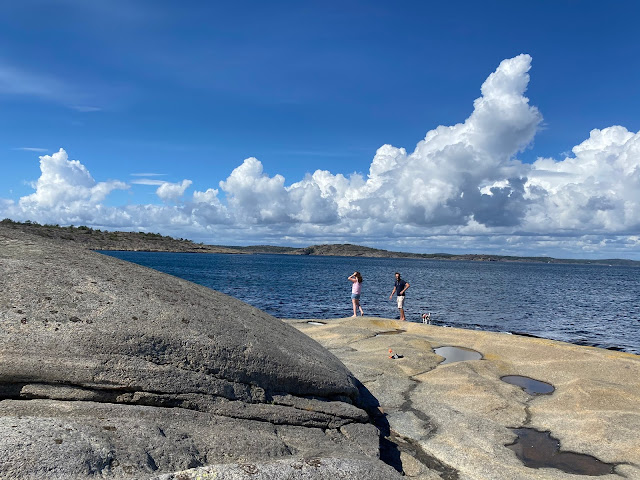 It's possible that I watched too many John Wayne westerns as a child; my father loved them, and would watch them on repeat on those large, fat precursors to the VHS tape. True Grit, The Searchers, Rio Bravo. Sunday afternoons and even weeknights after supper, I'd find my father gently dozing while the the tall man in the hat galloped stone-faced across the prairie.  But I knew for sure at a very young age, that the greatest thing one could be in the world was a boy, and anything I had going for me inside my strictly female dna wasn't really going to cut it in the real world. We had ponies and tea parties and books, but that was all just play. Real men rode like cowboys and shot guns, and dealt with villains at sundown. They also worked in the garden and grew vegetables and went to work in suits made for the in Jermyn Street and came home grumpy and shouty and needing a large glass of whiskey or three.

There were dresses in my cupboard, I'm sure of it, but my preferred attire during school holidays were some pin cord beige Levi's jeans that were worn out in the knees. I was skinny and I loved the way they hung around my hips. Later, in my teenage years, I re-adopted this look by adding a leather cartridge belt and a couple of dog chains, and called it Madonna meets Sid Vicious. My father forbid me from going to a Tina Turner concert dressed this way, telling me that people would get the wrong impression, but I had no idea what he was talking about. Childhood was spent running around in the woods, the abandoned pig sties, the old hay barn, making camps in the bracken and climbing trees. My brother and I were only together when we were very small, because he was at boarding school at 8, but those years formed our bond.

My brother was a boy scout, or a cub scout, which the younger boys were called. The cub hut was located behind the Little Gaddesden Village Hall, next to our primary school. He must have been 6 or 7 and I was about 8 when my mother decided that I should be dropped off with him, because she had something to do. This was before the days of health and safety, and pædophilia was just a notion that was brushed over (everyone knew someone who tried to corner small boys in potting sheds, and I don't say this lightly, it's another topic entirely). I don't know whether I arrived at the cub hut without shoes, but I know that I made a firm resolve to take them off when it was decided that we would be going for a ramble in the woods. Perhaps it was a treasure hunt, a paper chase, I'm not sure, but I know that in my heart I believed that if I did everything the boys were doing but without shoes I would be certain to gain their admiration. The more brambles the better, I thought. I ran, exhilarated, with the boys through the beech woods, through mud and stones and holly and blackberries and thorns, and came home muddy and bruised and scratched and bleeding, but with the most extraordinary sense of accomplishment. This was the closest I came to being a man until I was much, much older. Also reading this, I think, wtaf? I wasn't even raised Catholic.

If you're a girl, all the nonsense gets beaten out of you at about thirteen. (Dr Mary Pipher has written brilliantly about this in Reviving Ophelia).

I didn't "girl" very well. I remember distinctly being told by an Italian schoolmate in the Lower Sixth, the very elegant Alessandra Nori from Bologne, with her short, shiny black curls, and her retroussé nose that I walked like a farmer in gumboots (ie with my feet turned out in fifth position. She painstakingly taught me to walk more like a woman, one foot in front of another, feet facing the front, with just the tiniest toe-first lilt of a gazelle. Apparently this was supposed to help me with boys. It didn't. I took this advice from her because I realized she was the chic-est girl in our year. She had leather penny loafers and a crossbody bag in chocolate brown leather and wore Breton sweaters, while the rest of us lumped around in polyester Ms Selfridge and Dotty P.

Which brings me back to this magical island. We are sitting on the deck, with the blue and white awning just covering us enough so that we can write/work without our laptops being blinded by the sunlight, cups of tea in hand, looking out over the fir hedge to the blue sea, and the granite rocks. "Why do you feel so grounded when you fall asleep on warm granite?" I asked yesterday during our trip to one of the islands in the fjord. And this is what I found:

Granite enables one to see the big picture, helps banish skepticism, and defeats negativity with ease. In Ancient times, Granite was revered by the Mayan nation. Aboriginal tribes consider Granite to be a “stone of protection” with sacred and magical qualities.

Fall asleep in the sunshine on warm granite rocks in the Oslo fjord and you will remember who you were supposed to be. Better yet, stretch out like a starfish, and forget the curled up, inward-looking person you became while at your desk, wondering whether your sense of smell was in tact. Norway: the great unfurling.

Be well, stay safe, know you are loved.

Yes, yes, yes! One of the greatest achievements of my non-girly girlhood was when my dad accepted me into the garage as his sidekick. He taught me how to siphon gas, how to properly gap a spark plug, and how to do a tuneup on a car (these were the days before cars were computers). I loved the smell of warm engine oil and gasoline, and shining chrome and waxing his car was one of my favorite pastimes. When I got older, I bought a Harley Davidson motorcycle and he would rev up his Yamaha (which I scathingly called un-politically correct names) and we would go out riding together. Now that my dad is gone, those times are the best memories.

I didn't "girl" very well either but I had a great life, and wouldn't change a thing. Actually, being my dad's "son" actually helped me out a lot later in life too - because I learned about "guy things" I didn't get ripped off by car repair people!

Those expectations for girls/women will never retire completely. As women we can, shall I say: play the game, counter the expectations and succeed. Working in a male dominated field, I learned to play the game and made sure I had some fun and many laughs doing it. Key to the game is never get mad, get even (they'll never take you on a second time), improvise and think on your feet. Never hold a grudge. Maintain stellar performance. Rise above the fray. You always look good. On your advise about granite, I might have to lay down on my granite center island or travel to Norway (some day). Enjoy your time abroad, I envy your spectacular location.

You really ought to be writing a memoir with this level of reflection, recollection and commentary!!