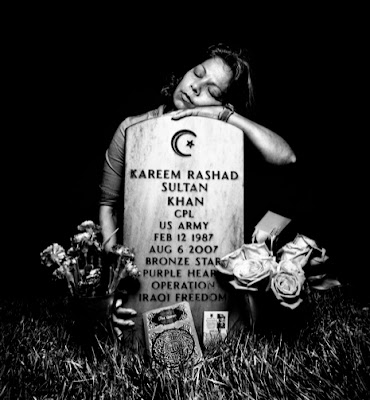 From ABC News: Powell, who served as Secretary of State for President George W. Bush, said he was also "troubled what members of the Republican party" have said along the lines of , "We know that Mr. Obama is a Muslim."

First off, Powell said, Obama is a Christian. But more to the point, he said, "is there something wrong with being a Muslim?" He worried about the message the GOP was sending to a hypothetical 7-year-old Muslim American who thinks he can grow up and be president some day.

He continued with a moving story of a Muslim American soldier who died in Iraq. Read about Kareem Rashad Sultan Khan here.