One of the greatest joys of insomnia is the quiet two hours I have on my own in the middle of the night where I am free to read all the newspapers, usually the British ones first. I am delighted to discover that Diana Athill, whose memoir Somehwere Towards the End my mother so enjoyed while she was here, has been nominated for the Costa (formerly Whitbread) Book Award & there is a terrific interview with her here.

Nominated in the fiction category is Chris Cleave's new book The Other Hand, published in August. (Cleave's debut novel, Incendiary, was 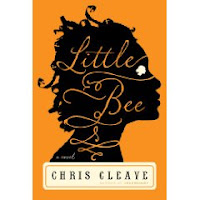 an extraordinarily powerful piece written as a young woman's open letter to Osama Bin Laden about a London bomb plot. It had the terrible fortune of being published on July 7, 2005, the day of the London bomb attacks. Cleave talks about why he wrote the book here.) The Other Hand has been described as
"A powerful piece of art... shocking, exciting and deeply affecting... superb" by The Independent. The US version is entitle L 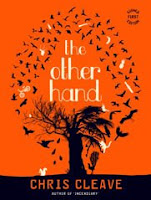 ittle Bee: A Novel and is due out February 10 from Simon & Schuster.

To get a taste of Cleave, in a more lighthearted vein, check out his column, Down With The Kids, in the Guardian, and particularly this one, about Christmas in France, which is right up there with David Sedaris, and made me laugh out loud.
Posted by Miss Whistle at 4:58 AM